River pollution in China tended to substantially increase at the border of an upstream province, which means the harm was mainly born by the neighboring downstream province. A classic case of negative externalities. As a measure to reduce this problem, the central Chinese government changed the promotional incentives of province leaders in a way that makes them more accountable for river pollution at the province border.

In their very interesting and great article Water Pollution Progress at Borders: The Role of Changes in China’s Political Promotion Incentives (AEJ Policy, 2015) Matthew E. Kahn, Pei Li and Daxuan Zhao study in how far that change in promotional incentives indeed helped to reduce river pollution at province borders. They also explore concrete channels to reduce river pollution like the placement of pulp and paper factories and whether younger provincial leaders react stronger to the change in the promotional incentives.

If you want to empirically explore this fascinating topic yourself, you can take a look at this great interactive RTutor problem set that Simon Maier wrote as part of his Master thesis at Ulm University. You learn in an interactive fashion about the Chinese political system, river pollution, difference-in-difference estimation and, of course, a lot of R.

Here is a screenshot: 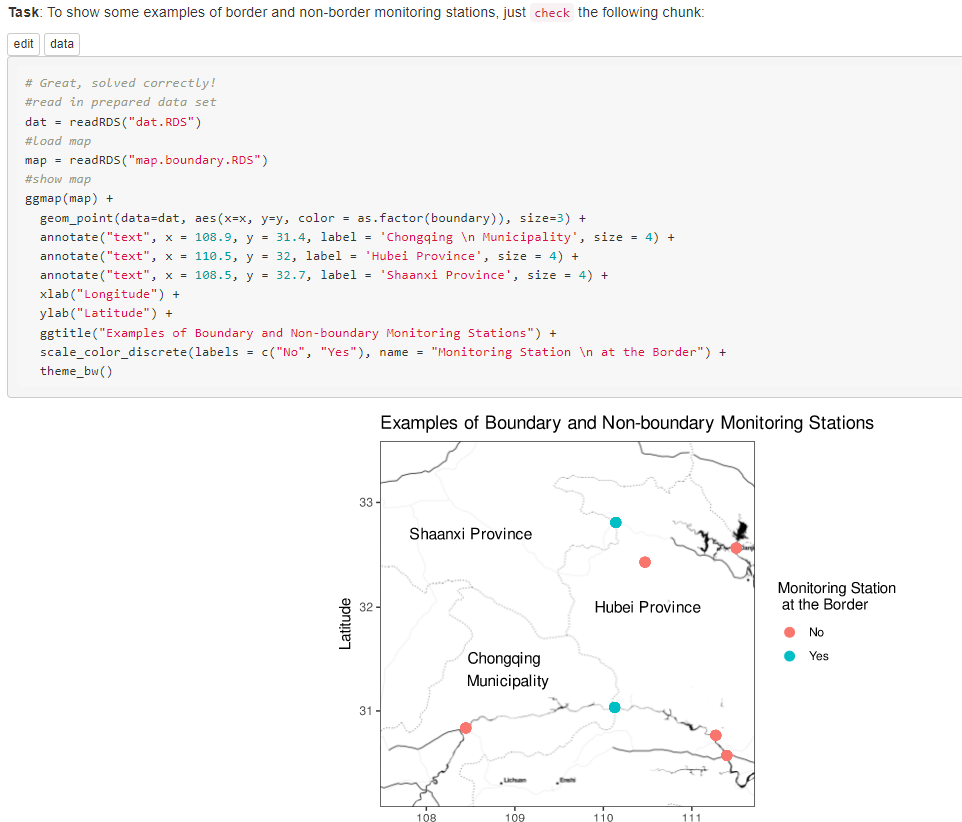 You can test the problem set online on shinyapps.io

If you want to learn more about RTutor, try out other problem sets, or create a problem set yourself, take a look at the Github page

or at the documentation